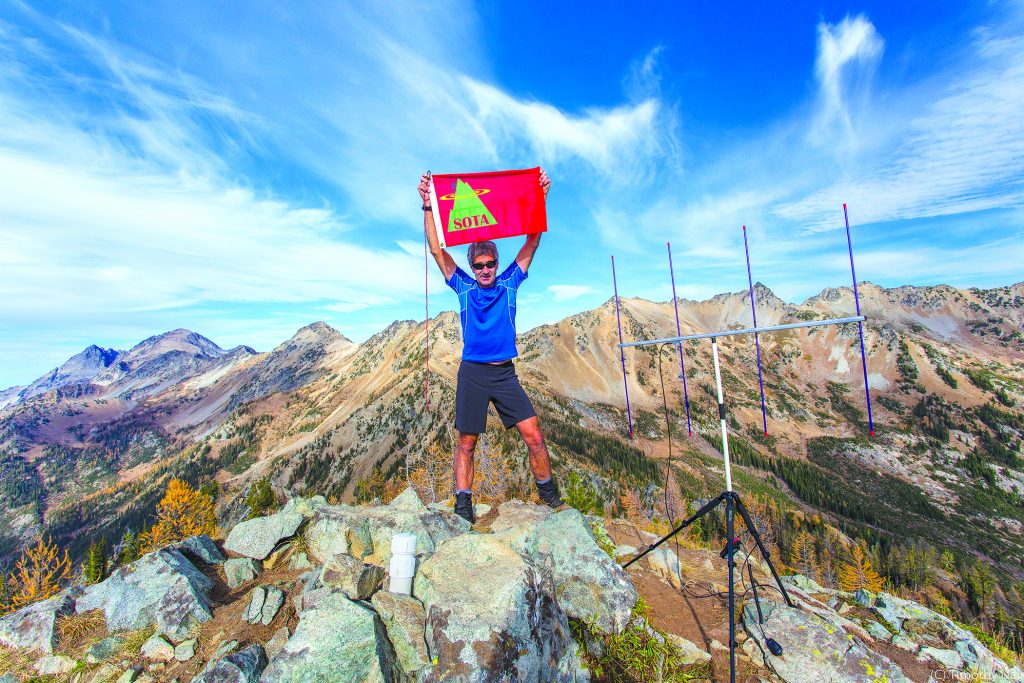 
There are two types of SOTA (Summits On The Air) users, energetic activators that climb all kinds of peaks with radio equipment and batteries in tow, and those who sit in nice warm shacks and reply the the activators calls (sloths).

The Summits on the Air amateur radio award programme was the idea of John Linford, G3WGV. Although he had the idea many years ago, it was not until he ran across the European Adventure Radio website run by Richard G3CWI, that he put the idea down on paper. He emailed it to Richard with the a single question "should we try to get this going?". The original idea ran to a few paragraphs on a single side of A4 paper but it took well over 1,000 man-hours of work to turn that idea into a viable award programme. Many people helped along the way, including Matthew M5EVT, Alan M1EYO and Roger MW0IDX. Much of the award was discussed and dissected on the internet before it was launched on 2 March 2002. England and Wales launched first, soon to be followed by Scotland.

Although neither John nor Richard envisaged huge numbers of people participating, the award was designed to be scalable from the outset. A key objective was making the award internet-based, for this an online database was needed. Fortunately, Richard knew Gary Bleads, G0HJQ who just happened to be a professional database designer. John and Gary met up and, after much hard work, SOTA had an "industrial strength" database. Gary assures us that it is sized such that it could deal with all the amateur radio contacts made in the whole World if required!

Simply having an award and a support infrastructure does not ensure success however, and a huge effort was put in to publicise the award. Both John and Richard wrote articles, gave numerous talks to radio clubs, at rallies and exhibitions and ran SOTA stands at various events. Over 1,000 leaflets were given out in the first 18 months of the scheme. But even that was not enough. International publicity was gained by constant news releases to overseas organisations and finally, a keen band of activators made it their business to explain SOTA to everyone they contacted on the air.

Today, SOTA has hundreds of participants in Associations across the World, all sharing the same award ethos and infrastructure.

Note that SOTA is an award programme not a club or society; as such you can't be a "Member" of SOTA but you can certainly be a participant!

After using a number of local and not so local Amateur Radio Repair Shops over the years, and having to get radio's re-repaired time and time again after shops have failed to set radio's up properly or have not explained what caused the fault allowing you to 'change your habits' NLWARC have been impressed with the technical knowledge and customer service provided by Geoff at Castle Electronics.

As a bonus Geoff has agreed to provide a 5% discount for all members of NLWARC.